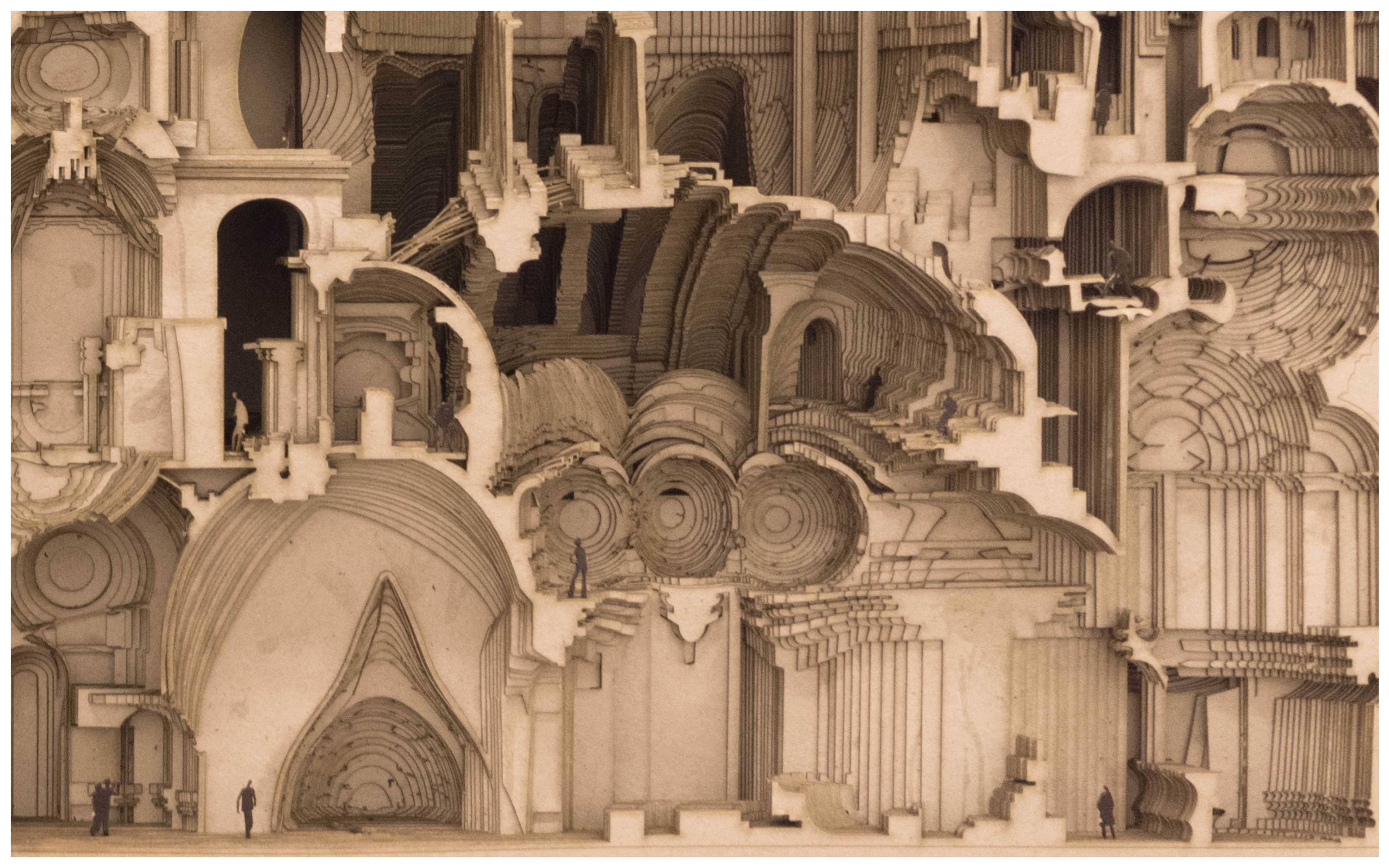 This semester, we mainly focus on the artificial intelligence potential in influencing the human design and then help it style transfer. At the first stage, we test a lot to know how the machine works through Deepdream, and then learning how to control it. After combining different geometry rule lines from precedent, it will generate fantasy spatial quality, but sometimes messy. We need to learn how to judge whether it is an interesting space. Finally, according to the image the machine generates, we build the space which has a strong visual effect. During testing, understanding, and training, humans consider that we rule the machine, actually, it changes the rule by itself. 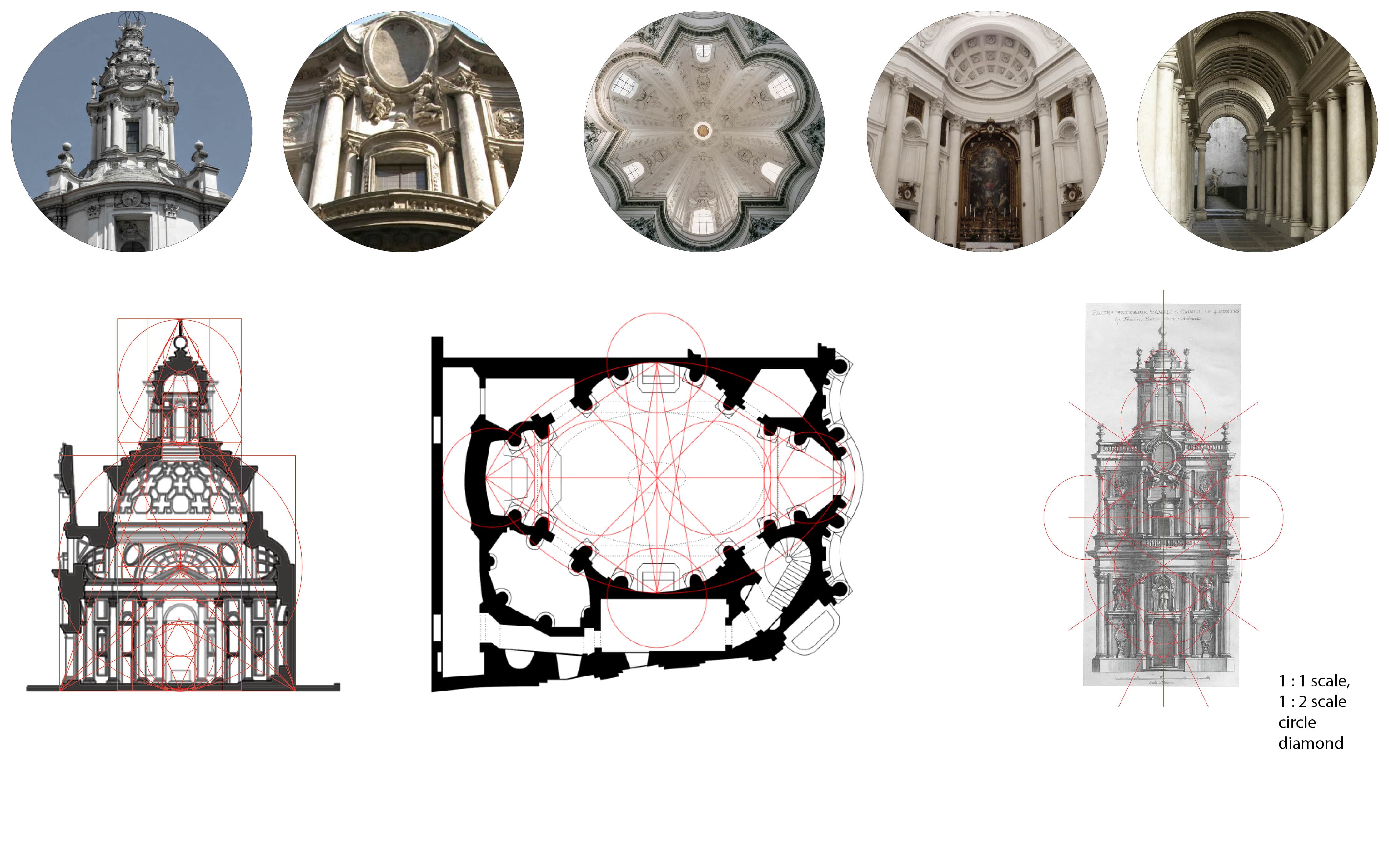 At the first stage, we analyzed the style of borrowmini's precedent work. We analyzed the characters of dome, chapiter, shaft, decoration, and the geometry rules of the plan, elevation,ad section. 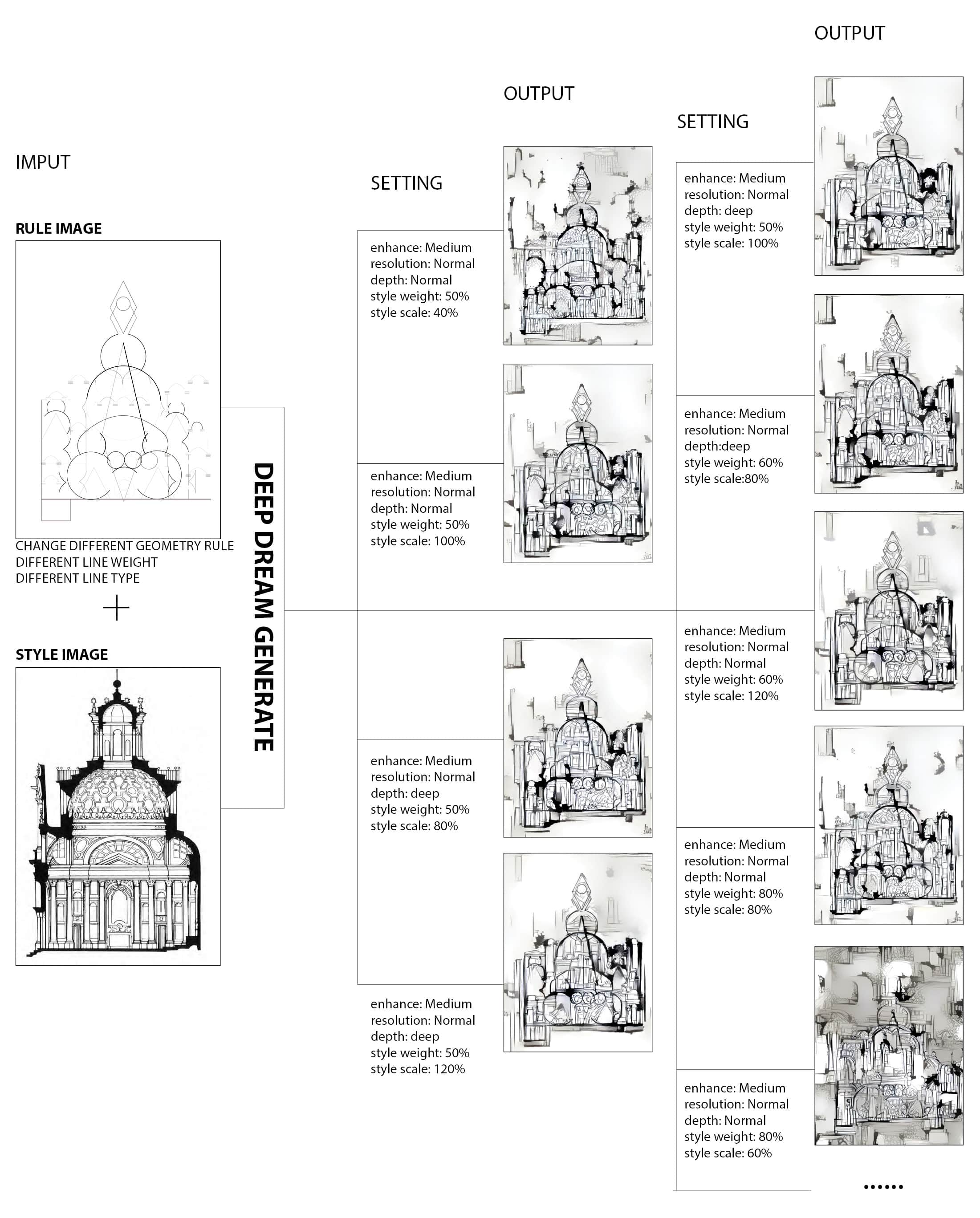 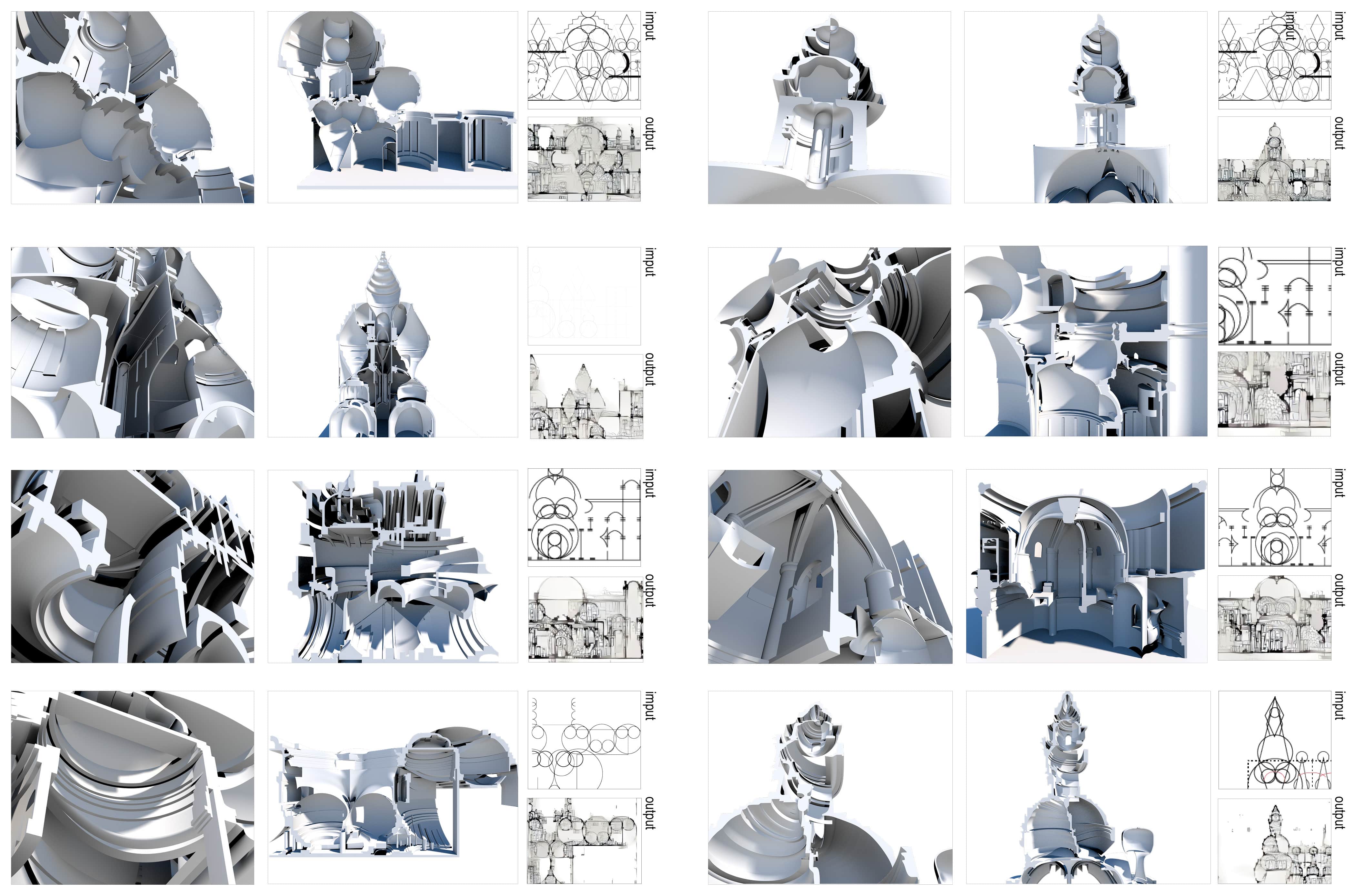 We tested hundreds of imput rule images from long section, and then select most dramatic part from each output, finally rebuild it in 3d in rhino manually according to the borrowmini's rule. 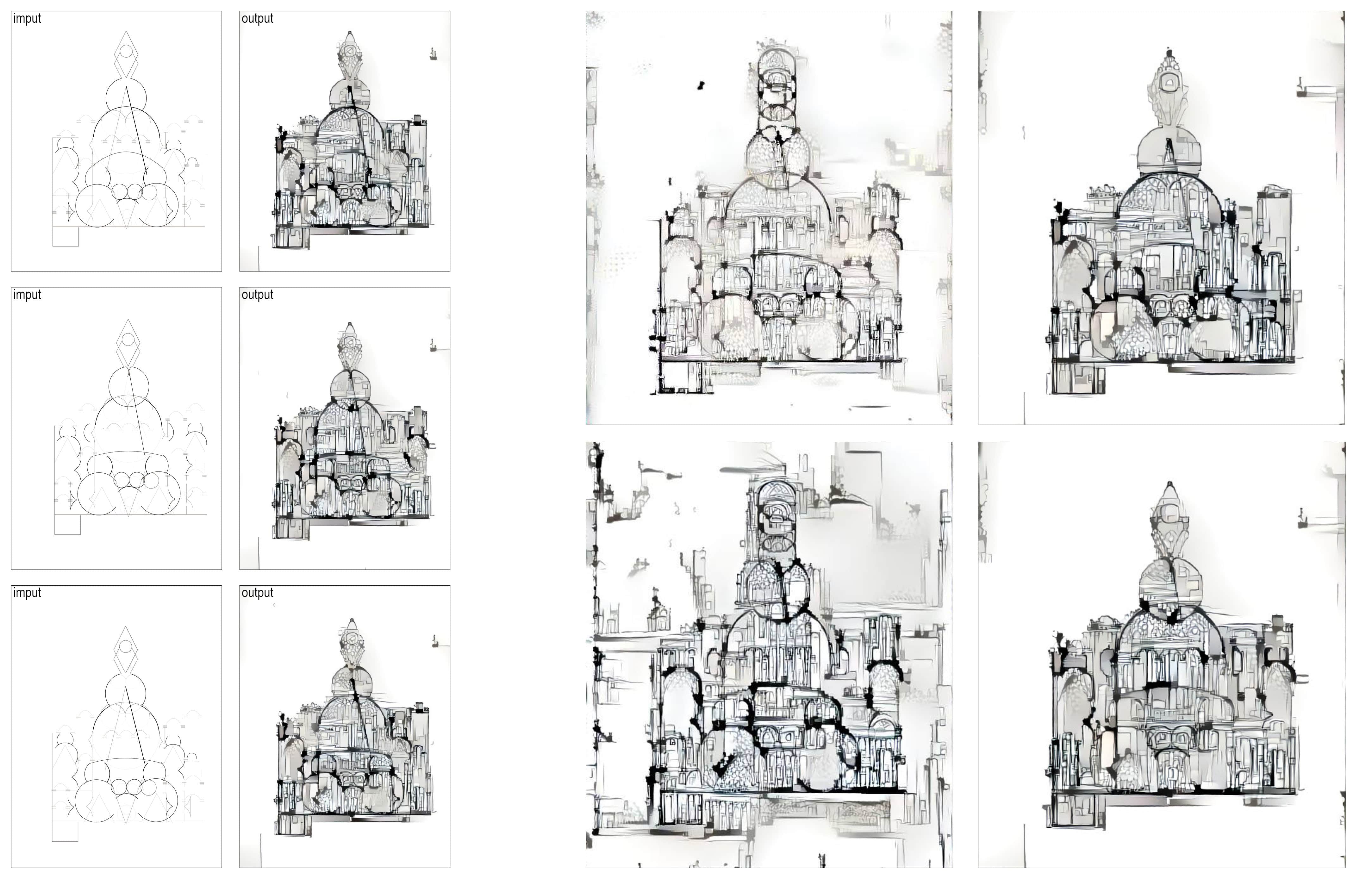 We changed hundreds of imput rule images from short sction, and we tried to gather all the pieces what we think interesting in one secyion image. 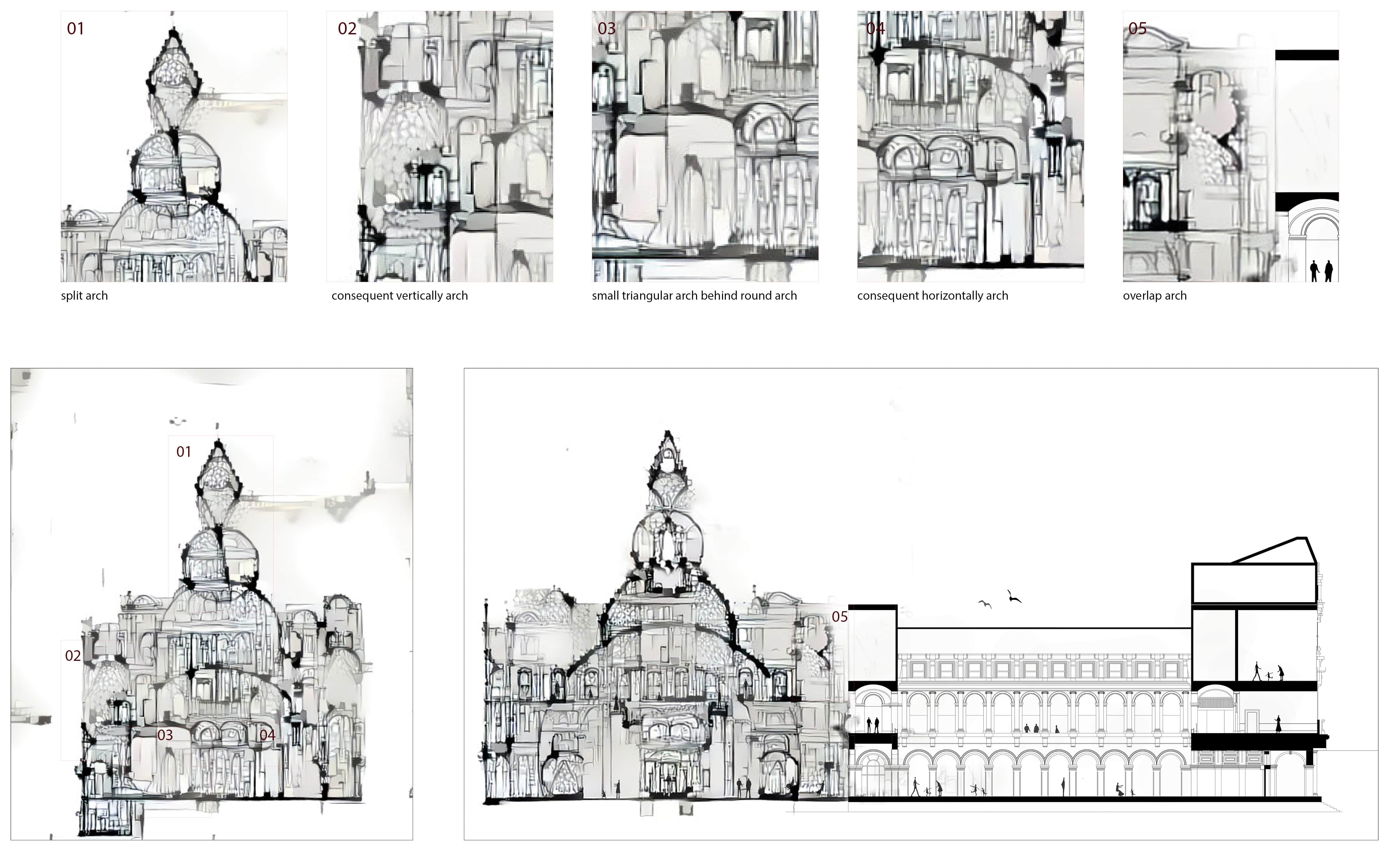 Finally, we made it. a perfect dramatic ai generated section. 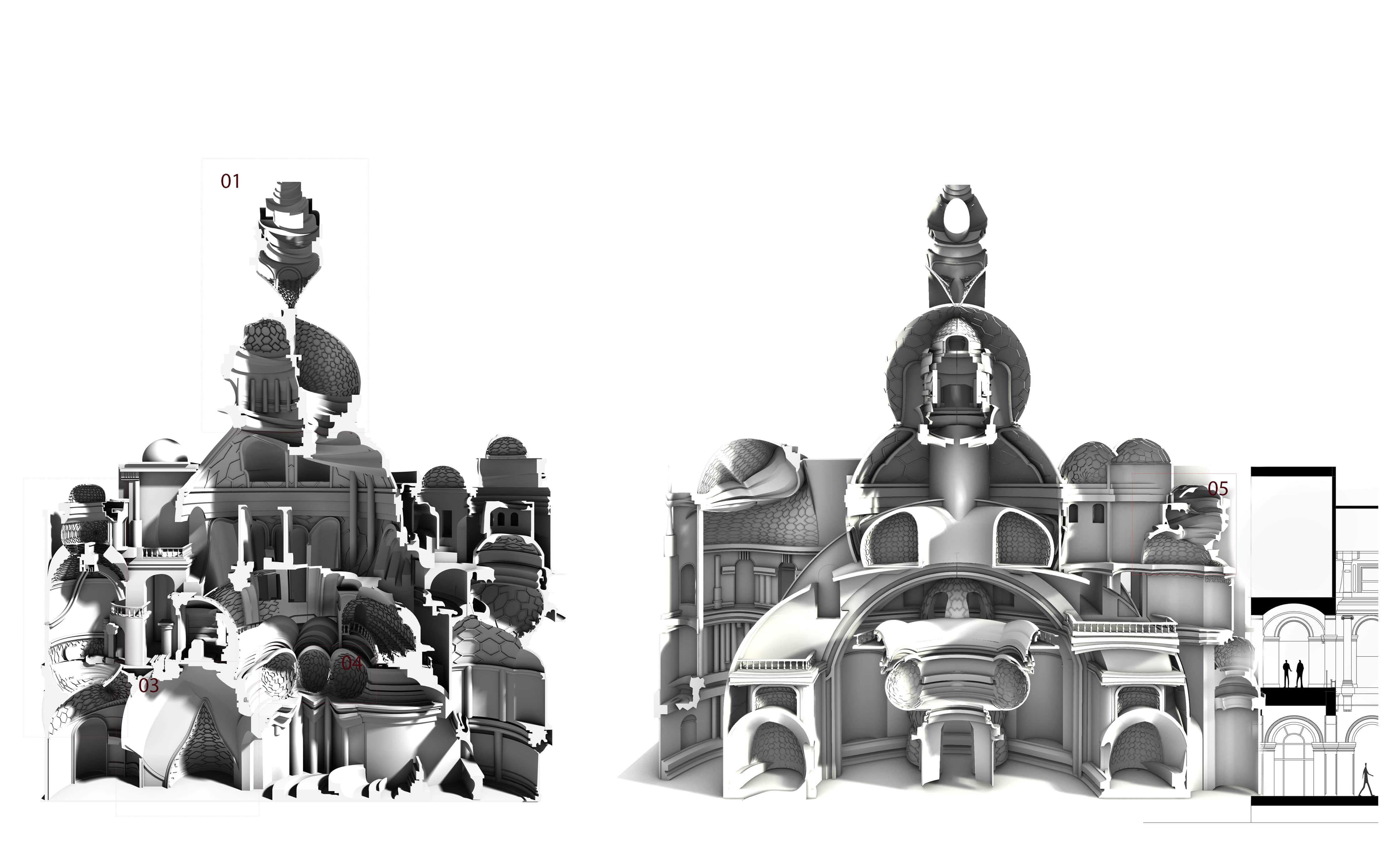 According to the precedent style learning from borromini's work, we tried to translate 2d to 3d in rhino manually to creat dramatic spatial quality as what ai shows to us. 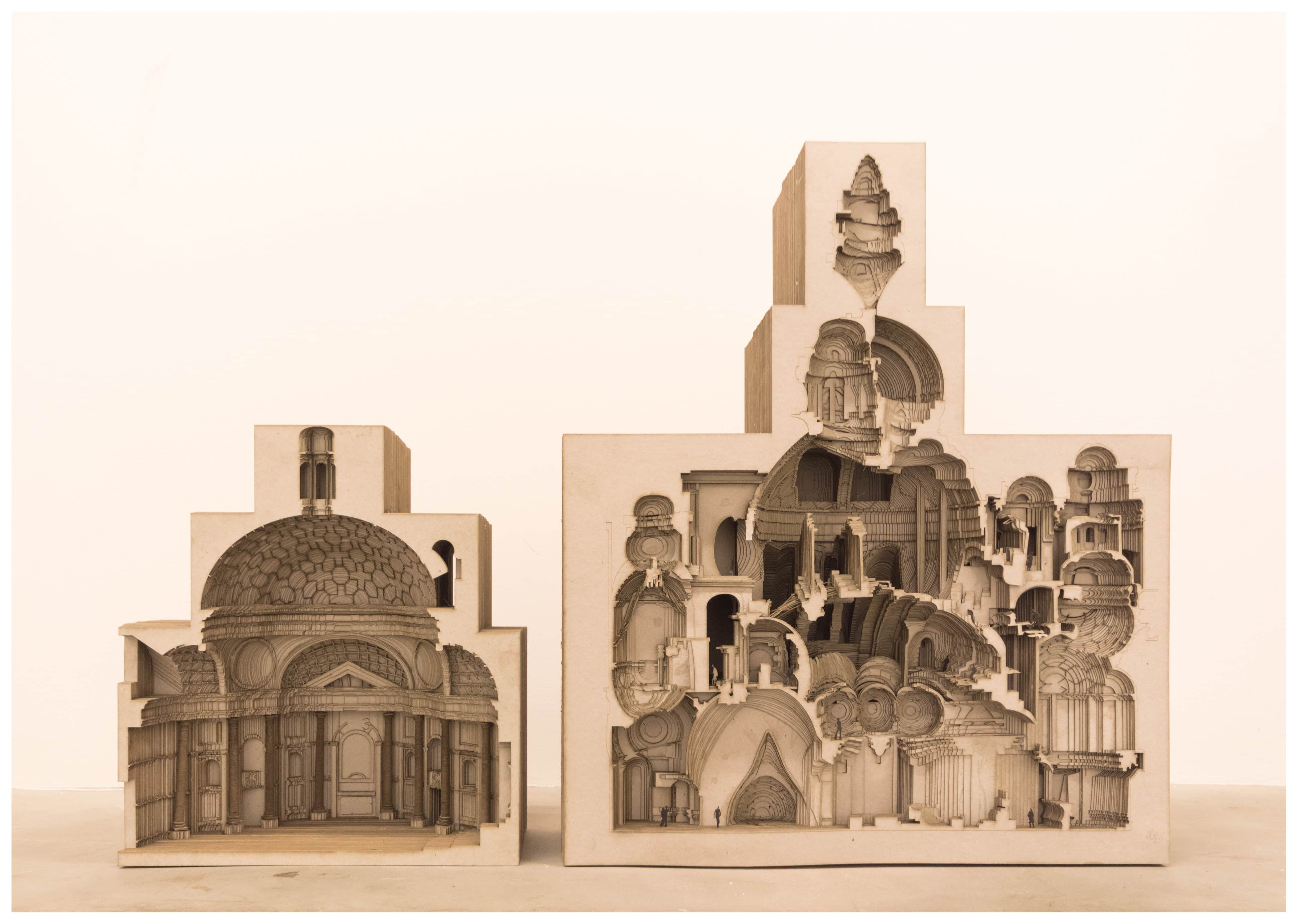