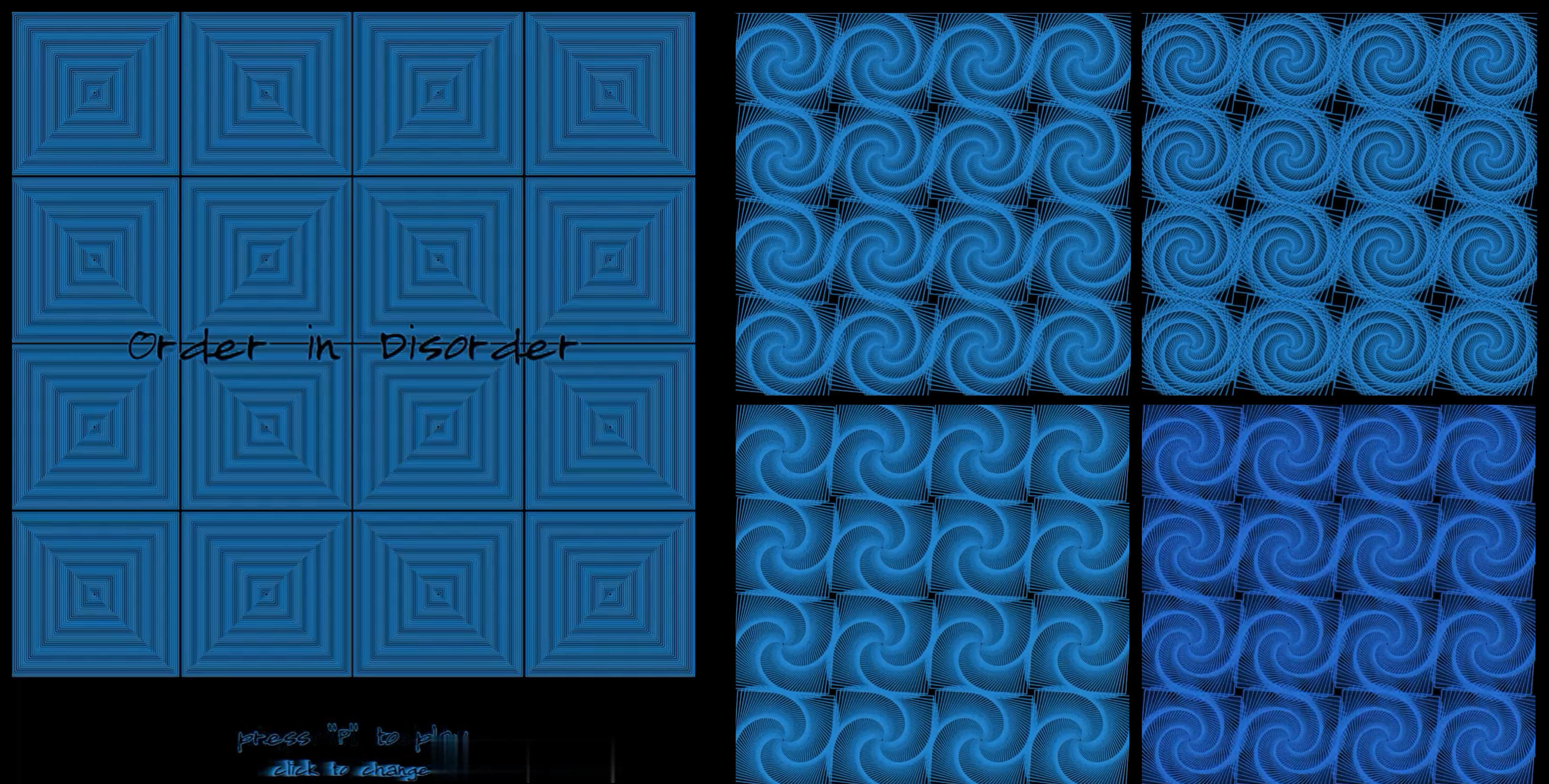 Click mouse until feel tedious, and then try to sing with the background music. The trace of balls will generate different form according to the mic's volume.